The San Ramon Slammers are looking for a few 10U and 12U players to complete their summer rosters. Contact Fastpitch Softball Director, Mark Cardoza. 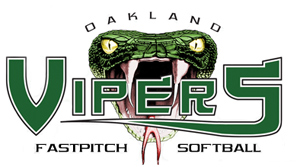 The Oakland Vipers 18 and under Fall softball team is looking for an experienced pitcher.

Learn more about the Vipers here.

Today many gathered in my hometown of Lake Jackson, Texas to celebrate the life of a wonderful coach, mentor, and friend, Shelly Bollin.

“Shelly touched the lives of thousands of children through her teaching and coaching. She led her teams to great success over the years, including her state championship team from Brazoswood High School and her National Softball Coach of the Year accolades in 2000.” – See more

I was lucky enough to be one of the thousands of children she touched. She was my head coach all four years of high school, and in 2000 we took a magical ride to the State Championship in an undefeated season.

She was our leader.

She was our rock.

She kept us in check.

And she did that by giving us “the look.” 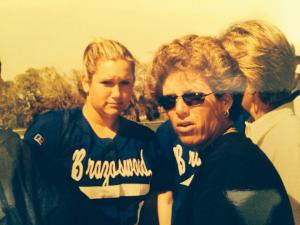 “The Look” Shelly on right; Morgan Anderson on left

We got “the look” a lot. The look meant, “Stop doing whatever stupid crap you’re doing. Now.”

The look almost always and immediately put our giggles to a halt.

It was time for business.

Coach Bollin knew when to let us have our shenanigans, and when to whip us into gear. And perhaps that was her secret to success.

Coach Bollin, thank you for the memories, the laughs, and the lessons. Rest in peace. 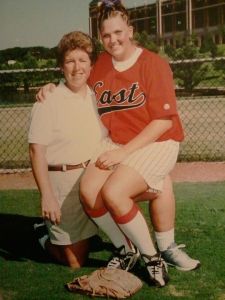 The Oakland Vipers 18 and under Fall softball team is looking for two experienced pitchers.

Learn more about the Vipers here.

School’s back in session and fall ball is revving up! Get started with a pitching/hitting mini clinic series August 24 & 31. See details below.

Mini-clinics series (2-­‐4 players) for softball and baseball players that are at an intermediate or advanced level.

I have a new softball home!

Next Level Softball Baseball Academy will be where ALL of my private pitching lessons will be held.

This place is AWESOME.

When you’re not pitching with me, head over to the hitting cages!

Next Level has HomePlate Pitching machines which are state-of-the-art. These machines can be set to random mode with 6 different pitches and speeds of up to 70 mph for softball and 90 mph for baseball. OR you can set it to work on a specific pitch!

Click here to view a virtual tour of the space!

It’s my faaaaaaaavorite time of year: the end of the season when you look back at all your hard work. And then you look in front of you to see where it’s taken you. Did you end up where you wanted to be? Or did the season get cut short?

For 8 teams out of the 335 Division I softball programs across the nation, their season will continue at the Women’s College World Series (WCWS) in Oklahoma City, OK.

Jealous, because while playing at Texas State University, it was all about WCWS. That was the focus. That was the goal. Unfortunately, we never made it.

But it didn’t stop us from trying. At the beginning of our off-season, I cut out a bunch of little pieces of paper with the letters “WCWS” on them. I gave them to my teammates and said, “Put these up where you can see them all the time – on the bathroom sink mirror, on the fridge, in your car, on your notebooks, in the dugout, EVERYWHERE!”

(I wasn’t kidding in my previous blog post about making goals, writing them down, and putting them EVERYWHERE.)

In two of my four years playing for Texas State, the Bobcats made it to the Regional Final Championship – ONE GAME away from going to the World Series.

But in looking back at it, I’m far from being disappointed since the winning pitchers for the opposing teams (Texas and Arizona) were Olympic starters Cat Osterman and Jennie Finch. When you get an opportunity to play against the very best, you chalk it up to an incredible experience and swallow your pride.

But still… just a little jealous.

The 8 lucky teams competing this weekend are: (I added links to all of them so you can scope out the team roster, coaches, standings, etc.)

The arm whip is one of the most important parts of the pitch. If you’re not whipping, you’re pushing. And if you’re pushing, the ball is more than likely slow. This means your mechanics and timing are off.

In order to whip the ball properly, you MUST get your elbow behind your hip. I see too many pitchers with their elbow locked out and/or with their weight out in front. What does this make the pitcher do? Lean over and push the ball. Pushing the ball is slow. Whipping the ball is fast!

Below are a few examples of some of the very best pitchers in the world. The videos are in slow motion. Pay attention to the release. Where is the elbow? BEHIND THE HIP! Beautiful!

Cat Osterman
(Olympic Gold & Silver medalist. Cat was recently inducted into the Texas Sports Hall of Fame. WOW! Cat and I went to the same pitching coach, Tim Timmons, in Houston, Texas.)
Amanda Scarborough
(Amanda pitched for Texas A&M University. I pitched for Texas State – yes, there was a bit of a rivalry! Amanda is sponsored by Worth. I’m in no way telling you to purchase a power drive. I have one – we will use it eventually. I just love the slow motion in this video. She has GREAT mechanics.)

Sarah Pauly
(Sarah was an All-American during her career at Texas A&M Corpus Christi. She is also a seven-year veteran with the NPF – National Pro Fastpitch. She’s an incredible pitcher.)

The How to Coach Pitchers Workshop and the How to Call Pitches Workshop has been postponed until a later date. As soon as we have that on the schedule, we will let you know!

I love finding new apps for my iPhone whether it’s a new addictive game like Angry Birds or a fun photo blogging tool like Instagram. There are apps for just about anything you can think of! And since I think about softball and coaching often, I searched for a video app that would allow me to playback in slow-motion. I wanted to be able to film quickly and easily and playback right away. I didn’t need a lot of bells and whistles.

The first app I came across was Video Coach, and for the most part it served me well. I was able to video and then playback for the girls during their lesson. Video Coach also allows you to draw on the video at a specific frame with lines and shapes in different colors.

Another feature is saving the video as images, however I have never been able to get it to work like I want. What’s also been frustrating is that this app crashes a lot. Maybe that’s why the price has gone down from $4.99 (when I bought it a few of months ago) to $2.99.

I was talking to a parent about this, and he said that he uses Coach’s Eye on his iPad. So I downloaded it, and I LOVE IT! The interface is much cleaner and easier to use (see below). I can also upload video that I’ve already shot on my iPhone. But my favorite feature is the frame wheel. It let’s you go really slow and move into each frame. Video Coach was really jumpy and I couldn’t keep it exactly where I needed it. And once I’ve gone over the video with my student, I can email it to her or her parents.

With that said, Coach’s Eye has all the features of Video Coach and then some. It also has a great website with tutorials and a blog. www.coachseye.com I highly recommend using Coach’s Eye as a tool to help your pitchers see the mechanics they need to improve on. I only wish I had this when I was playing! I used to set up a camcorder and tripod in the bullpen. These days, there’s no need for the clunky hardware. We’ve come so far! 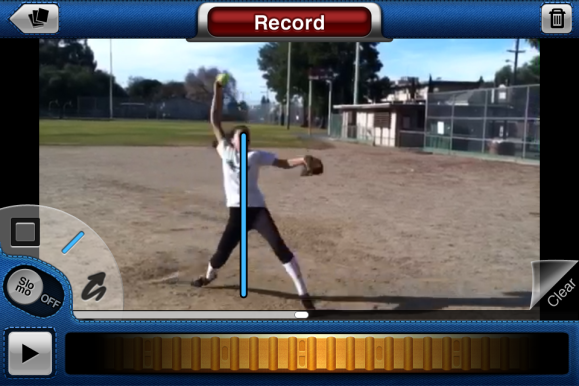